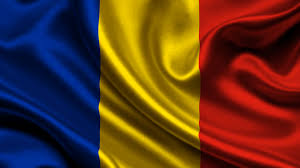 More than 2,500 international experts and 53 worldwide NGO’s condemn the ‘wombs for rent’ in Romania

Surrogacy violates the norms and regulations of the European Union
More than 2,500 experts from the legal and health sector have signed the International Statement for the universal prohibition of the ‘wombs for rent’.
53 NGO’s  from 24 countries state that surrogacy is an exploitation practice for women

In the following months the Chamber of Deputies from Romania in going to debate the draft law of human reproduction in Romania. Towards this relevant event national and international experts, as well as different NGO’s, we strongly disapprove this initiative; an initiative that sees an opportunity, an open door to the increasingly permission for surrogate motherhood, which in the reality has turned to be a ‘masquerade’ to women’s exploitation and human trafficking.

The ‘wombs for rent’ are an extended practice in Romania, country which does not have a legislation that protects women from these practices.

With the intention of protecting Romanian women and children’s rights, more than 2,500 experts INSERT INTO `wp_posts` (`ID`, `post_title`, `post_excerpt`, `post_content`, `post_date`) VALUES (doctors, health staff, psychologists, psychiatrists, teachers, lawyers, academicians…) and 53 civil society entities from 19 different countries have joined the NGO PRO VITA Bucaresti’s campaign, partner of our Platform, through the ‘International Statement of Experts for the abolition of surrogacy.’

‘We want to express our absolute rejection to the draft law which violates norms and regulations of the European Union, specially the ones concerning human dignity, adoption, women and children’s protection, and human trafficking‘ says Leonor Tamayo, Head of the NGO Professionals for the Ethics, partner and founder of our Platform.

This objection it is not only aimed to the Romanian Government, we condemn surrogate motherhood at international level, it implies a violation of human dignity and fundamental rights from the surrogate mother and the conceived child, considering the woman as a baby factory, and her child as a commercial product.

More recently, the Annual report on human rights and democracy in the world 2014 and the EU policy on the matter, as adopted by European Parliament Plenary on 30 November 2015, ‘Condemns the practice of surrogacy, which undermines the human dignity of the woman since her body and its reproductive functions are used as a commodity; considers that the practice of gestational surrogacy which involves reproductive exploitation and use of the human body for financial or other gain, in particular in the case of vulnerable women in developing countries, shall be prohibited and treated as a matter of urgency in human rights instruments.‘

The NGO PRO VITA is going to deliver the signed Statement to the Committee of Legal Affairs from the Chamber of Deputies this February.

The NGO’s that have joined the Statement are from 24 countries such as Nigeria, Kenya, Hungary, Mexico, Argentina, Guatemala, Peru, Chile, France, USA and Spain, among others.

On behalf of Women of the World Platform we are attentive to the resolution and we invite professionals and experts related to this practice to sign and associate with the International Statement of Experts for the Abolition of Surrogate Motherhood, in which we demand the universal ban of the wombs for rent and the prohibition of registering babies born through this practice in the national registry offices as an effective deterrent against surrogacy. This Statement as well as other information are uploaded in our web:www.womenworldplatform.com